Organizations have different policies, which must be adhered when paying their employees or compensating them. The system gives a clear framework and procedures of payment terms. It helps workers understand what an employer expects out of them and vice versa. A good payment policy prevents employees from worrying about the financial side when they discharge their duties and gives legal protection in case they shirk their responsibilities.

Most employees at Coca-Cola belong to the Teamsters Union (Teamsters, 2016b). The company has the following pay policies, namely, rewards and recognition, and annual merit reviews of employees, providing fair incentives to workers of certain ranks. Furthermore, it offers tuition reimbursements to its employees. It involves trip awards. In addition, the Coca-Cola Company (n.d.) gives a scholarship to dependents of its employees, including taking children of the latter to schools. The firm also offers discount services to its team, in terms of both amenities and automobile expenses. Moreover, the company offers retirement support, which includes 401(k) plan that will cover at least three percent of the staff with a choice of money and a stipulated benefit funded by the organization. Lastly, employees receive financial gifts in the form of up to $10,000 per individual every year (The Coca-Cola Company, n.d.).

Since most employees of Coca-Cola belong to Teamsters, the union’s main purpose is to educate them on their rights at the workplace (Teamsters, 2016b). Secondly, it involves workers from different sectors in the political process to enable them to air their grievances. Lastly, Teamsters enforces and negotiates contracts with employers on behalf of employees. According to union wage policies, its members receive 27 percent more than workers that do not belong to the union (Teamstera, 2016a). People are divided into different categories, and it determines how much they will earn: women get extra $ 170 weekly amounting to $9,000 per annum. African Americans receive extra $150 weekly and $8,000 annually. Lastly, Latinos earn extra $225 weekly, being $11,650 per annum (Teamsters, 2016a). Union workers give approximately 8% of the entire monthly premium and those not registered in the union spend 20%. The latter pay 32% for their households, while union workers lose 12% per month (Teamsters, 2016a). 80% of employees in the union have health coverage as compared to 69% of non-union members without medical insurance. However, only 44 % are given dental coverage, while out of three unionized jobs, two are given dental care (Teamsters, 2016a).

Alameda Hospital also has union representation. Apart from a comprehensive plan mentioned above, the California Nurses Association (CNA) (2016) offers the following financial benefits to its partners in the organization in Califonia, including 401(k) departure investments and the corresponding contribution of not less than 6%. Alameda Hospital gives employees an Alameda Discount Card, which offers a 10% markdown in services that nurses seek in the hospital. The Employee Discount Club offers discounts on trips, entertainment, and cell phone packages (Alameda Health System, 2015). On its part, the CAN (2016) provides contract negotiations on behalf of workers at Alameda Hospital. It always ensures that employees have their needs met. For instance, in case the staff has gone on strike due to pay and wage issues, the CNA steps in to negotiate on their behalf. In summary, the association ensures that workers at Alameda Hospital are comfortable at work.

VIP support ensures that your enquiries are being answered immediately by our Support Team. Extra attention is guaranteed. 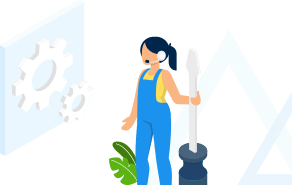 Alameda Hospital has various forms of payments. For instance, it offers help to its members who have insurance policies such as the one of the Health Maintenance Organization (HMO), Medicare, and Medicaid. If an employee is a member of the HMO, the hospital will require a referral note from the doctor. Alameda Hospital also offers benefits to those who have problems with paying for their services and are insured. It treats them and looks for other ways of clearing their bills (Alameda Health System, 2015).

Employees of the two companies gain a lot from unions. For instance, workers can come together and spearhead an increment in compensation regarding both benefits and wages from 20% to 28%. Moreover, through unions, they are in a better position to demand a rise in pay through boycotts and picketing. Thirdly, workers get 26% more vacation duration together with a complete paid leave increase by 14% (Kermott, 2016). Lastly, unions help workers to establish fee criteria that employers follow.

Get Order Proofread by Editor

Get Order Prepared by Top 10 Writers

However, according to the Bible, a labor union is against the purpose and the will of God. The Bible encourages people to employ themselves disputing the need for unions in the workplace and stating, “you were bought at a price, do not become slaves of men” (1 Cor. 7: 23). Although it is good to create private employment and, if compulsory, persons must then serve their employer like serving Christ. Secondly, the Bible reminds Christians not to consider their bosses as enemies, but to honor them. The Holly Book records in 1 Timothy 6: 1, “Let as many servants as are under the yoke count their masters worthy of all honor so that the name of God and His doctrine may not be blasphemed” (as cited in Kermott, 2016). In a nutshell, labor unions are against the values of Christ hence antichrist (Kermott, 2016).

In conclusion, unionized workers of Coca-Cola and Alameda Hospital gain a lot from their as unions compared to those nonunionized. They are in a position to agitate for their demands and call for an improvement of working conditions and pay policies to suit their expertise, experience, and standard of living. However, according to the Bible, individuals should employ themselves and desist from the vice of grouping together at the workplace to form unions that demand raising salaries and other grievances.

Benefit from Our Service: Save 25%